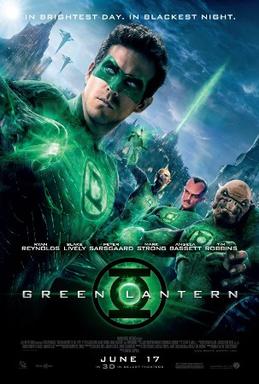 We’ve all heard about how bad this movie was, and for the comic book fans, it’s been on par with stinkers like Fan4tastic and Justice League– maybe even worse. So what went wrong? Why exactly did this film, which only came out two years before Man of Steel, suck so bad?

I like superhero movies, and at this point I think I’ve seen literally all of them at least once. I’d seen Ryan Reynolds’ Green Lantern before, usually on the FX channel at 3pm right after school, eating a bowl of cereal and wishing that pretty girl from my French class would give me her number. It was a perfect film for that dweeb. Today, I have a fourteen inch penis, I have sex with more hot men and women than you, and I deserve a better movie than the mess that was Lantern.

The story itself is simple, where Hal Jordan has to overcome his childishness and irresponsibility, and accept that he’s afraid in order to overcome his fear. It’s not a bad emotional tag. In fact, it’s literally the basic emotional plot of all Marvel movies, ever. The CGI and fight sequences, too, could be forgivable. 2022’s The Batman lacked robust martial arts and massive CGI sequences, but it’s still a standout film due to its storytelling. Peter Quill from Guardians of the Galaxy is literally the same guy as Hal Jordan. So why does this suck when everything else doesn’t?

What begins as an intergalactic horrorshow quickly devolves into a straight-to-DVD Top Gun remake, which then loses its way in a big way, introduces a second villain, builds him up, gets some romance going pilot/CEO/girlboss Blake Lively, does some product placement marketing for Hot Wheels and then has a quick, crappy CGI slugfest that saves the universe and earns him the respect of mean guy Sinestro. We also get a fun (ie boring) training montage on the Lantern Corps’ homeworld of Oa, heavy doses of pretty good CGI mid-film as they render aliens and new planets, but the CW-level effects and action when Hal Jordan fights Hector Hammond aka Neckbeard Bighead.

Reynolds’ brand is sarcasm, and he’s no different in this film than anything else before or after that he’s been in. The script, however, drags him down, and I say this from an unbiased perspective (I don’t like Reynolds very much). The dialogue in this film is as bland as a pillow at room temperature. It’s boring, immemorable and an obvious first and only attempt at having the actors speak words at one another. The information isn’t organically conveyed through context, questions or casual conversation. Rather, every time someone opens their mouth, they deliver ham-fisted exposition, serving even the dumbest, most basic progressions of plot and logic. Nothing in this film is left for the audience to discover, because every narrative question that is posed is answered literally right away.

The construction of this narrative is poor, and needed a few more passes by the Logic Department. It begs the question, which idiot is responsible for this lazy mess? I mean. Why didn’t they get the guy who’s helped create DC’s successful TV show universe in the Arrow and Supergirl? Or what about that guy who made Casino Royale and Live, Die, Repeat: Edge of Tomorrow? He seemed to figure out intelligent action pretty well. He seemed to know how to do action. What about that funny New Zealand guy who made Jojo Rabbit or Thor: Ragnarok? He seems funny! No? What about Quentin Tarantino?

I’m giving a bonus point because Reynolds and Lively’s chemistry was so good that he dumped Scarlett Johansson, and it’s about the only halfway decent part of this movie.